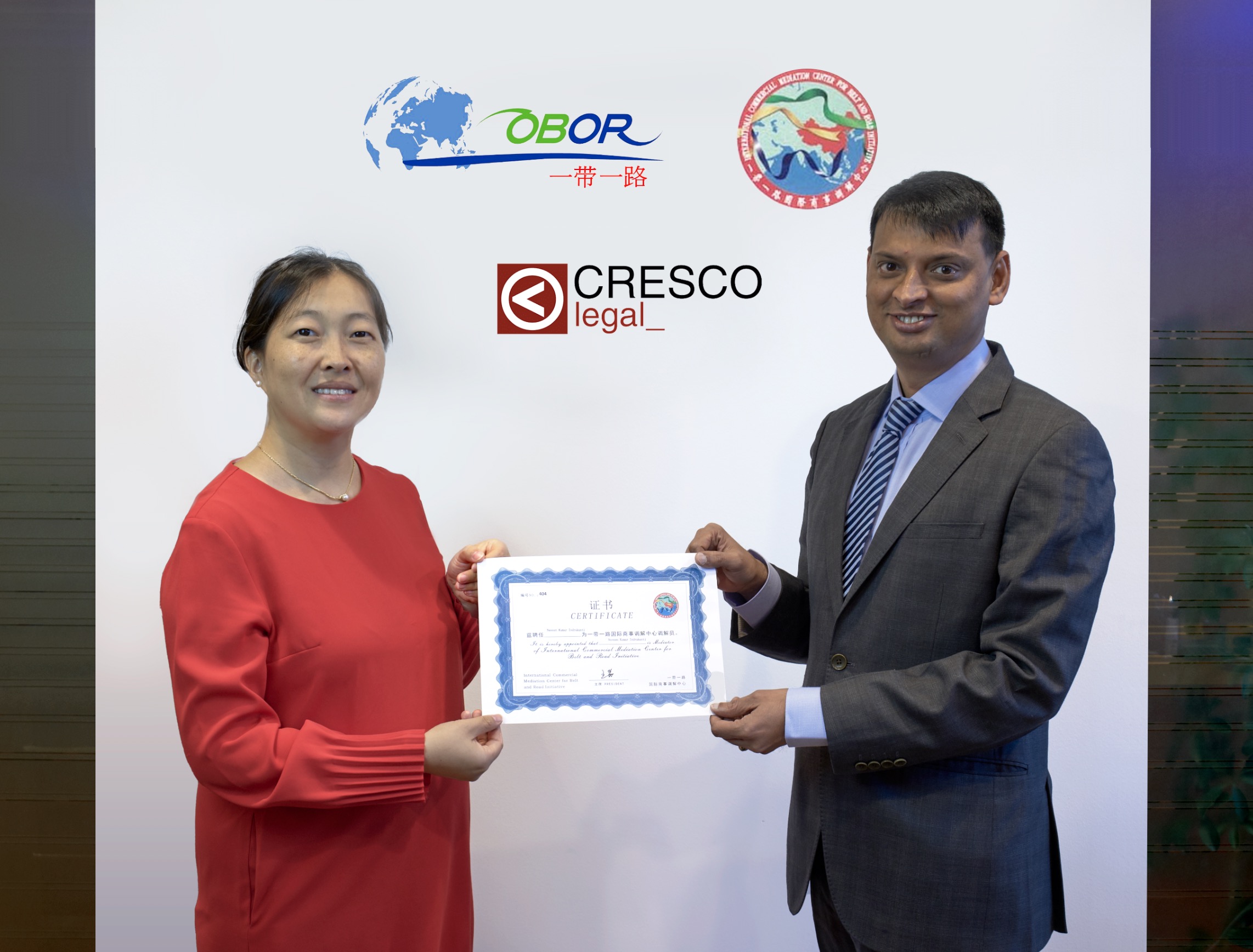 Mr. Naveen Kumar Indrakanti, Managing Director of CRESCO Legal, has been appointed as an Official Mediator by the International Commercial Mediation Centre for the “Belt and Road Initiative” popularly known as “Silk Road Economic Belt” and the “21st Century Maritime Silk Road” (the “B&R Initiative”).

Initiated by President Xi Jinping, this remarkable project aims to strengthen China’s business relationships among 140 countries across EU, ME & Africa. The target of the “Belt & Road” is to build an annular route with one end being the active east Asian economic zone, the other end being the developed European economic zone, and the middle being the countries of Asia and the Middle East with great development potential. The “Belt & Road” project target to create a community of mutual benefits, fate and obligations with political mutual trust, economic amalgamation and cultural tolerance.